Around 149 students, which is 32%, received job offers from the consulting sector alone.

Accenture Strategy and the Boston Consulting Group were among the highest recruiters  while Kepler-Cannon and Arthur D Little were amongst the prominent first-time recruiters. The software services and e-commerce platforms have also major hiring, with 24% students recruited for product management and FinTech roles.

The investment banking sector witnessed 19% of the total placements with 90 students hired, top recruiters being Goldman Sachs and Bank of America. Meanwhile, sectors like consulting and finance could not overcome the pandemic slowdown. The roles continued to comprise half the placements like last year. General management and marketing roles came down to 15% from 30 per cent last year.

Thanking the recruiters for their trust in IIM C, Director, Prof Anju Seth reportedly said that achieving 100% placements in an unprecedented time such as this is a true testament to the value of the IIM Calcutta experience.

About IIM Calcutta: IIM Calcutta is 1st IIMs of country and the triple accredited management school from India (and one amongst 86 such business schools globally to have accreditation from Association to Advance Collegiate Schools of Business (AACSB), European Quality Improvement System (EQUIS) and Association of MBAs (AMBA).

It is also the only Indian business school that is a member of the Global Alliance in Management Education (CEMS) Worldwide, the Financial Times has ranked IIM Calcutta 17 in its Masters in Management Ranking 2018 and 42 in its Global MBA Ranking 2020The Post Graduate Diploma in Business Analytics (PGDBA) & jointly offered by IIM Calcutta, IIT Kharagpur, and ISI Kolkata ranks 14th worldwide, according to 2019 QS World Universities Rankings. 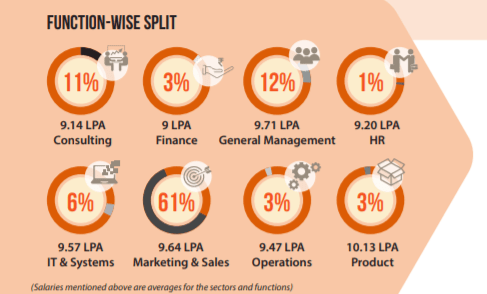