Updated as on Dec 20, 2020. The establishment of Indian Institute of Management (IIM), was initiated by Jawaharlal Nehru, the first Prime Minister of India, based on the recommendation of the Planning Commission. The first IIM was opened in 1960 at Joka in Calcutta, followed by the 2nd – IIM Ahmedabad, in 1961. After a long gap the IIM Bangalore came in 1973, followed by Lucknow in 1984, IIM Kozhikode and IIM Indore in 1996. The IIMs are considered premiere Business Schools not just in India but globally.

The top three sought after IIMs – Ahmedabad, Bangalore and Calcutta has been consistently ranked in the Global Business School Rankings. 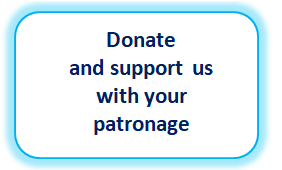 IIM Ahmedabad PGP-FABM, Food and Agri-Business Management Programme has been ranked number 1 in the world, by a France-based ranking agency Eduniversal – an Annual ranking of Business Schools and Universities spread across 150 countries.

At present there are 20 IIMs in India which are commonly classified under three sections broadly – Old, New and Baby IIMs. All IIMs consider CAT (Common Admission Test) conducted by IIMs. Some IIMs also accept GMAT for International Students. Presently approx. 5100+ seats are offered by IIMs.

However, the programs, fees, learning experience and quality varies from one IIM to another. Out of 20 IIMs, presently 8 IIMs runs from temporary (or shared infrastructure) campus.

Below listed are the Tuition fee, Seats, Placement data of 2018, 2019, 2020 ; CAT cut off etc. which can help you to evaluate whether you should select an IIM or try for a Top B School in Non-IIMs category.

Please confirm deletion. There is no undo!