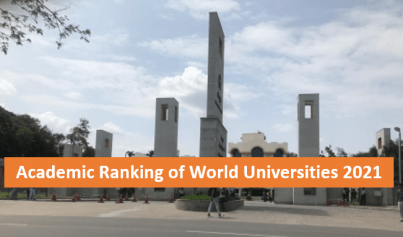 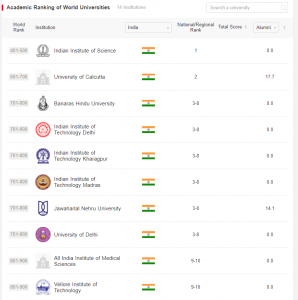 According to the 2021 ranks published by the Academic Ranking of World Universities (ARWU), Indian Institute of Science ranks on top followed by Calcutta University which is ranked second in the country.

IISc Bangalore tops the country with Ranked 401-500. VIT ( Vellore Institute of Technology ) ranked 10th in India and above AMU. IIT Roorkee and IISERs. VIT Ranked between 900-1000.

Each year, ARWU conducts a survey of at least 1,000 universities and institutes around the world. The top 10 according to the 2021 rankings https://www.shanghairanking.com/institution?name=&r=India published for India is as follows :

According to the top ranked Global Universities https://www.shanghairanking.com/rankings/arwu/2021