IIT Guwahati To Be Allotted Land For Medical College 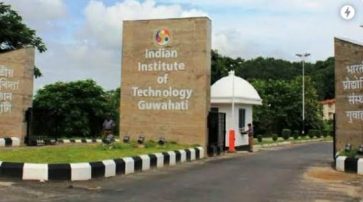 The Assam government will provide land to the Indian Institute of Technology Guwahati (IIT-Guwahati) for setting up of a medical college.

Assam chief minister Himanta Biswa Sarma, while speaking at the foundation day of IIT-Guwahati on Wednesday, said that he has directed Kamrup deputy commissioner to provide a suitable land to IIT-Guwahati to set up a medical college.

Notably, IIT-Guwahati already has a fully functioning hospital on its campus, which was established in 2006 and has nine specialties.

IIT-Guwahati is a public technical and research university established by the Government of India in 1994.

IIT-Guwahati admitted its first batch of students into its Bachelor of Technology programme in 1995. The campus of IIT-Guwahati is located on the northern banks of River Brahmaputra and abuts the North Guwahati town of Amingaon. It is often considered as the most beautiful campus in India.

Chief minister Himanta Biswa Sarma, while speaking at the IIT’s foundation day on Wednesday, said he came to know that the IIT, Guwahati wants to start a medical college in its campus regarding which he had discussed the matter with the concerned deputy commissioner and asked him to provide additional land to the prestigious institution for the purpose. It will be really good, if the project comes up well, the chief minister said.