The highest stipend of Rs. 5 lakhs was offered in the BFSI sector 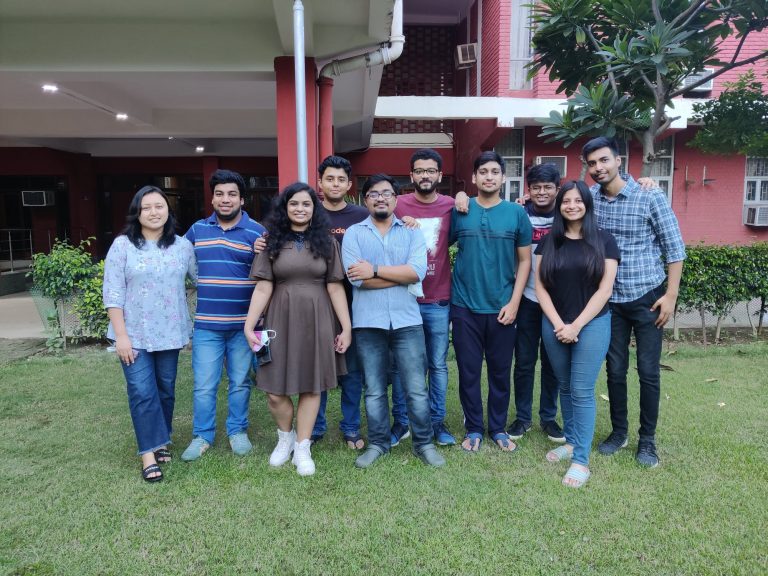 Faculty of Management Studies, Delhi has concluded the summer internship placement process for the 2021-23 batch. FMS, with its consistent performance, secured 100% placements with the highest ever average stipend of Rs. 2,62,000 for two months, an increase of 9% from last year, while the median stipend saw a staggering increase of 18% to Rs. 2,60,000 for two months, from last year. The highest stipend of Rs. 5 lakhs was offered in the BFSI sector. 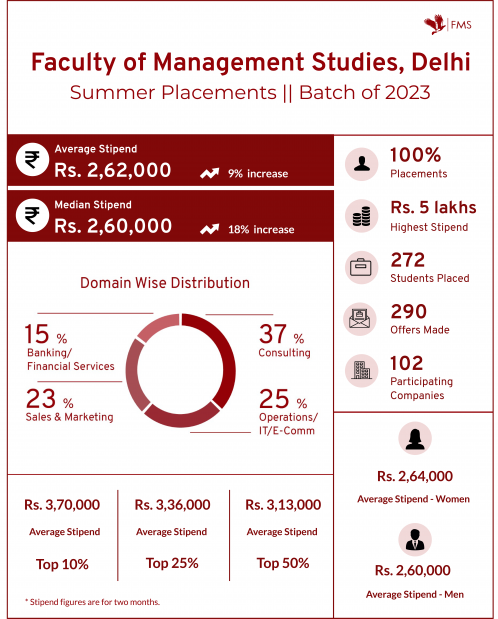 Around 23% of the students accepted offers in Sales and Marketing, rolled out by the most prestigious firms across the country. Apart from legacy recruiters in the FMCG domain, S&M roles were offered in the Healthcare, Pharmaceutical, Consumer Electronics, Retail, Ecommerce, and Industrial Goods sector. Some of the prominent recruiters include Asian Paints, Dabur, Disney Star, Dr. Reddy Laboratories, Google, HUL, ITC Ltd., Mondelez, Nestle, Pidilite, Puma, Reckitt, Samsung, Tata Sky, and Vodafone Idea.

Compare Business School Series: IIM A vs IIM B vs IIM C vs FMS Delhi

25% of the students were recruited for e-Commerce/IT/Operations by firms such as Adobe, Amazon, Atlassian, Flipkart, Google, Info Edge, Microsoft, Media.net, and Udaan.

As a part of the Arthashastra Talk series, FMS Delhi hosted over 150 business leaders to facilitate comprehensive learning for its students. This is truly reflected in the dominance of its students in the best and the most exclusive corporate competitions in the country. From hosting several industry leaders for knowledge sessions to the inception of the flagship event – Unnayan, a one of its kind Leadership summits with stalwarts from across the world, the tenure has brought about the best amongst the students and contributed greatly to the nurturing academic culture of the FMS student fraternity.

About FMS: Faculty of Management Studies, Delhi is one of India’s oldest B-school, established in 1954 under the umbrella of the University of Delhi. Having a rich legacy, excellent academic environment, and corporate exposure, FMS has continuously made a mark for itself as one of India’s leading business schools. It is currently ranked 2nd in India and 28th globally in The World’s Best Business School 2020 by the CEOWORLD Magazine and ranked 4th in India by The Week Magazine. Submitted by FMS Media 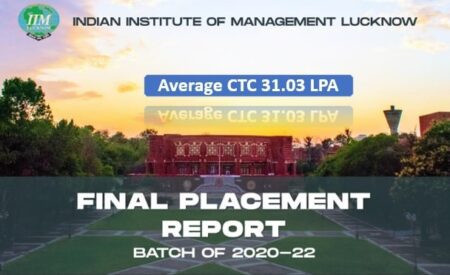 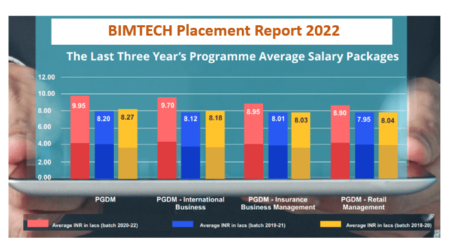 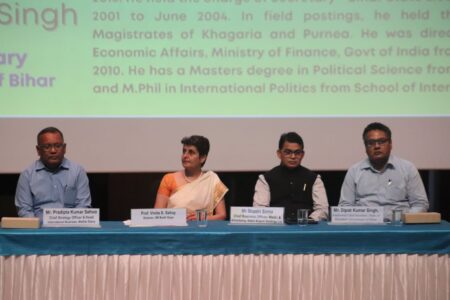 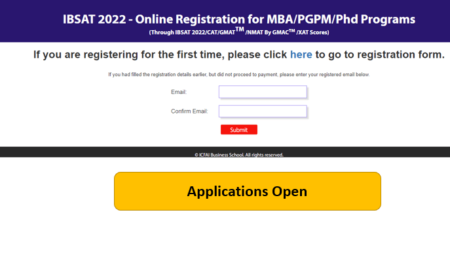 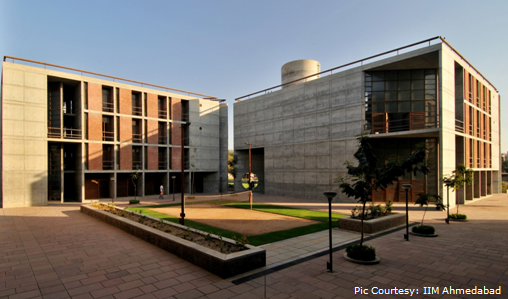