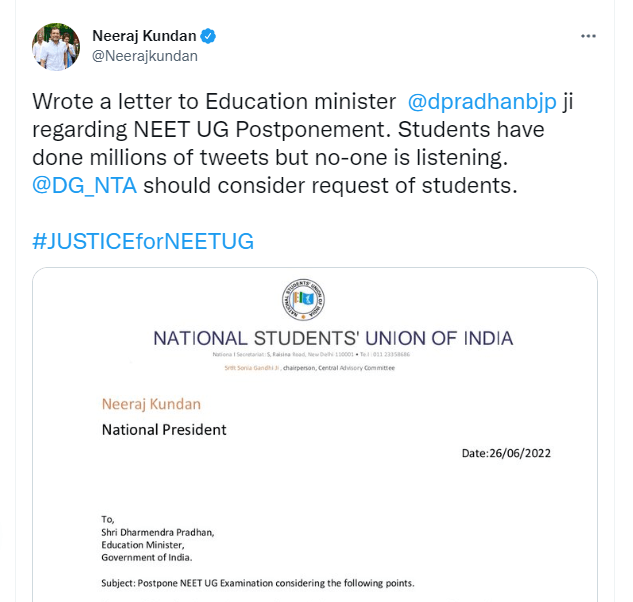 National Students Union of India (NSUI) National President Neeraj Kundan has written to Union Education Minister Dharmendra Pradhan for the postponement of NEET UG 2022. In his letter, the NSUI national president stated that since lakhs of students are going to appear for the NEET UG 2022 examination, the process for the examination should not be started or concluded ‘in a hurry’.

Wrote a letter to Education minister @dpradhanbjp ji regarding NEET UG Postponement. Students have done millions of tweets but no-one is listening. @DG_NTA should consider request of students.#JUSTICEforNEETUG pic.twitter.com/7V0J7ZwUKK

He has also alleged that the delay in the notice has reduced the preparation time to a minimum and asked for NEET UG 2022 to be postponed for at least 45 days.

In his letter to Union Education Minister Dharmendra Pradhan, the NSUI National President Neeraj Kundan has given five reasons for the postponement of NEET UG 2022, which are:

1. The counselling procedure for the previous academic session is already running late. With minimum time left for preparation, it is difficult for a student to ace an exam with such competitiveness.

2. CUET, JEE, and various other exams are already scheduled for July. All these exams are career-deciding. With only one attempt, that too between these exams, it is not feasible for student to concentrate properly.

3. Due to delays in the notice, the preparation time has been reduced to a minimum.

4. There might be many students who will not get a seat in the previous session’s counselling. Therefore, it is unfair that the next exam is done in such a hurry.

5. Students who opt for both engineering and medical preparation during class 11th & class 12th would find difficulty giving exams in such chaos.

The letter by NSUI National President Neeraj Kundan went on to state, “There are lakhs of students who prepare for medical examinations every year and this number is increasing every year. With millions of hope sticking, the process should not be start or end in a hurry.”

Asking for the postponement of the exam, he added, “Considering the genuine reasons stated above. Kindly defer the NEET UG examination atleast for 45 days. So that students are both mentally & psychologically fit to appear in the examination.” 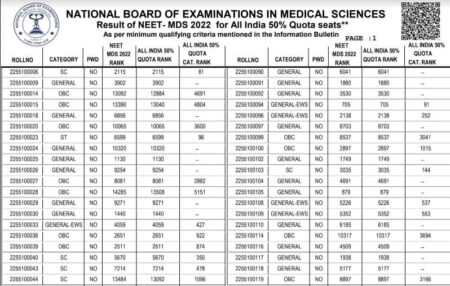 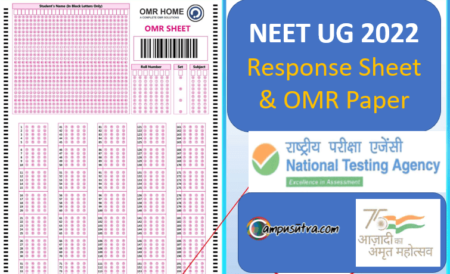 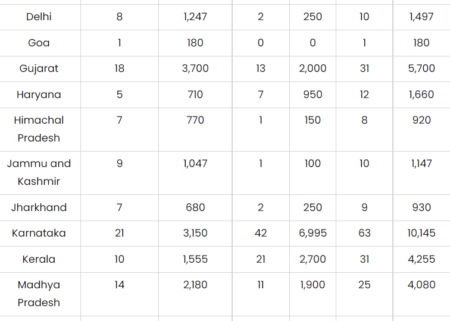 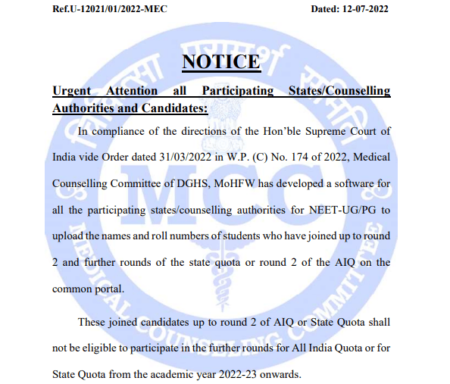