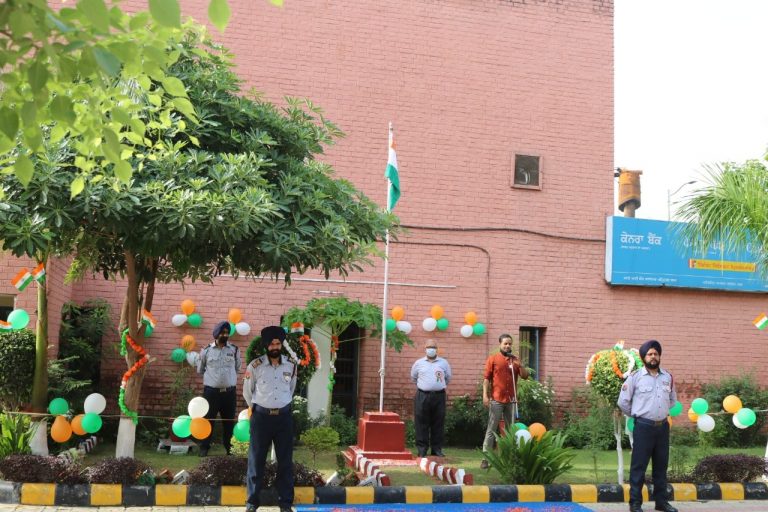 With patriotism in hearts and fervour to be of service to the nation, IIM Amritsar students paid tribute to the brave hearts of the nation

.On 75th Independence Day, the Indian Institute of Management, Amritsar, celebrated the event with full zeal and enthusiasm. The ceremonial flag hoisting was performed by Prof. Amit Gupta, Dean – IIM Amritsar. Addressing the students at the event, he emphasized how we can all be more responsible in what we are doing and culminate our efforts towards creating a great future for our nation. Prof. Gupta also added about the true meaning of our national anthem and what it signifies. IIM Amritsar also witnessed some mesmerizing cultural performances by the students.

Prof. Ranjan Kumar, Chairperson of Placements’ Committee, enunciated how India shares its independence with five other countries of the world, thereby making it a colossal event celebrated by nearly 1.8 billion people around the globe. He urged the students to rid themselves of two regrets on the occasion of the 75th Independence Day – the regret of choices that one has made and those that one hasn’t made. Concluding his address, Prof. Kumar added that while we take immense pride in calling ourselves an independent nation, we should be mindful of other nations’ freedom and respect their independence. The students delighted the audience with mesmerizing performances in the form of group singing, dance performances, and poem recitations.

With patriotism in hearts and fervor to be of service to the nation, IIM Amritsar students paid tribute to the nation’s brave hearts by performing a Flash Mob at the Attari border. It was a fun-filled and enthusiastic evening with the students of IIM Amritsar dancing to the tunes of the patriotic songs such as “Suno Gaur se Duniya Waalo” and paying their homage to the nation’s heroes. The energy, enthusiasm, and excitement present at the border were palpable, and the students extracted the energy from the crowd and performed to their true potential at the border. The whole event was co-ordinated by the cultural committee of the institute.